When starting up the company we had a goal to find a symbol that would describe our geographical area and working principles. The symbol should also be understandable in other cultures and languages, because many of our business partners are from elsewhere. We had one symbol returning to the drawing board time after time, it also hadn’t been used in our business segment before: Swan.

We selected swan as a company symbol because it creates an image of Finland and reliability. Swan is a northern bird and is familiar all over in our field of operations. Colors of the bird remind you about the northern freshness and cleanliness. This national bird of Finland also tells that we are proud of being Finnish.

Swans in wildlife and in culture

Swans (lat. Cygnus) are birds of the family Anatidae with multiple subfamilies. Finland’s national bird, the whooper swan (lat. Cygnus cygnus) is a northern bird. It nests in the northern parts of Eurasian continent and moves south when northern waters freeze.

The swan mates at young age and typically bonds to a lifelong union. Bonding happens before first nesting. These swans are called as engaged couples. The whooper swan selects a large territory and monitors in carefully. It nests in the same lake every year. 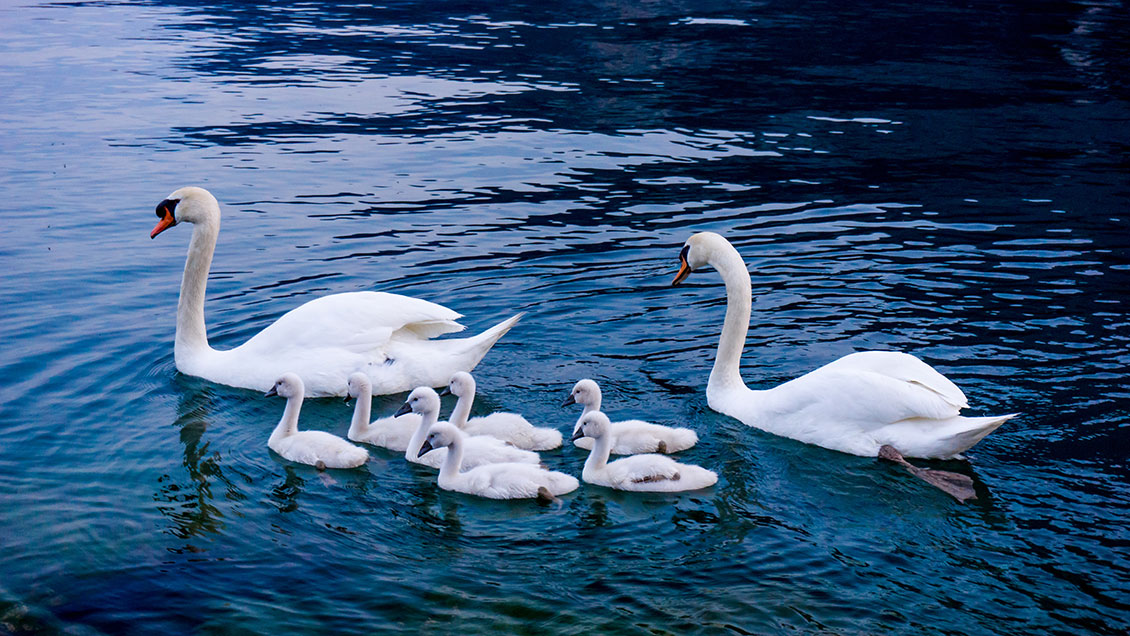 Large white waterfowl has always been a target of human interest, respect and admiration. Already the stone age Baltic-Finnish tribes kept swans as holy animals. Ancient swan engravings can be found from multiple places, including the stone age rock drawings of Äänisjärvi lake in Karelia.

The Swan myth is a central topic not only in Finnish folklore but also in modern national romanticism and symbolism. Tuonela Swan has been used, among other things, by Jean Sibelius, Eino Leino and Akseli Gallen-Kallela. In Finnish art, Swan has been associated with the Kalevala and ancient times.

The young swan looks a messy gray. Danish H.C. Andersen wrote The Ugly Duckling, one of the world’s most famous tales of a young swan. It does not require a great deal of ingenuity to identify the analogy between an ugly ducking but after growing up of a clean, clear-cut bird and a young, newly established company.